There are seven seats on your Parish Council –  five for the parish of Ashburnham (A) and two for the parish of Penhurst (P).  If there are insufficient nominations at an election or if a vacancy arises during the four year term of office of the council, then the council must co-opt members to fill the vacancies. The new four year term started in May 2019.  There were three vacant seats after the election, but these have now been filled by co-option.  These are your representatives (scroll down to see their lead responsibilities):

The Parish Clerk is Brian Holdstock who may be contacted by email to clerk@ashburnham-penhurst.net or by phone on 01323 832082. 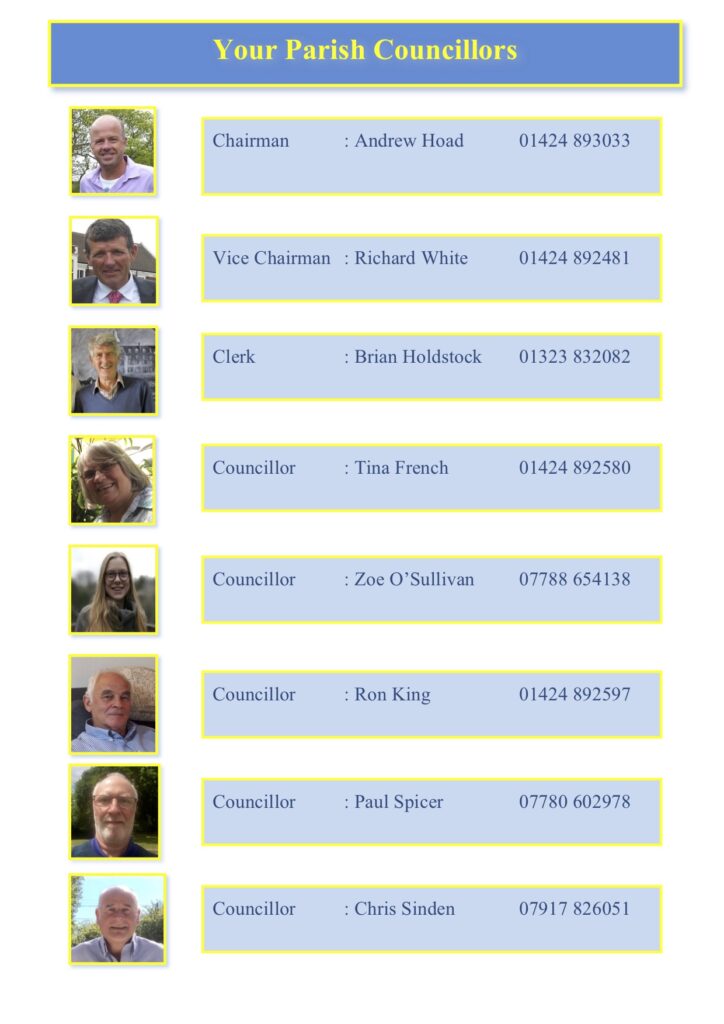 This list shows the broad division of responsibilities.  If there is a topic you want to see in the list but which is not there then please contact the clerk.

Responses to Rother D.C. consultations on planning applications are determined by all councillors either at a council meeting or a meeting of the Planning Committee (of which all councillors are members).

The law requires councillors to publicly declare their interests and for the declarations to be publicly available.  They are listed below.